Without a doubt, the true success of Trustus Theatre is the group of core artists who call Trustus their theatrical home. These talented individuals create our productions from the ground up – and they’re all folks from right here in the Midlands. As the Artistic Director, I’m often graced with the opportunity to overhear our audiences’ reactions to the artists on stage and behind the scenes. People are often shocked to find out that the artists that create our work are their neighbors and fellow citizens of the Capital City. This goes to show that Columbia is a town teeming with talent, and that we are truly fortunate to have so many creative people living in our community.

At the end of every season Trustus Theatre welcomes new members to the Trustus Company. These individuals are integral to the artistic fabric that is woven on our stages, and they believe that Columbia deserves high quality productions and engaging programming. As our 32nd exciting season begins in September we are delighted to announce the new AND returning members of the Trustus Company that will be joining us in our efforts to tell provocative stories this season.

As Co-founder and original Artistic Director Jim Thigpen always said to new artists walking through our doors, “When you’re here, you’re family.” We want to acquaint you with the new members of the Trustus Company – the new members of our family. 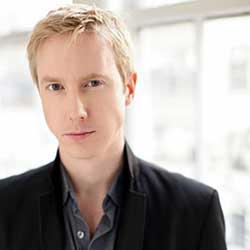 Patrick  Michael Kelly began his career at Trustus when he was a young theatre artist in the Trustus Apprentice Company. While studying with the Theatre and Dance Department at the University of South Carolina, Patrick co-founded The Armed Chair Company along with Trustus Company Member EG Heard Engle. This college-aged company produced various late night works at Trustus, and Patrick was in the director’s chair often. Kelly also starred in various productions at Trustus including The Graduate and Hedwig and the Angry Inch amongst others. Since then he’s lived and worked in Chicago and also received an MFA in Acting from the Tisch School of the Arts at NYU. A member of Actors Equity Association, Patrick returned to Trustus this summer in the role of Ben in Anatomy of a Hug. He will be directing the Trustus production of Hand to God in 2017. Welcome back Patrick! 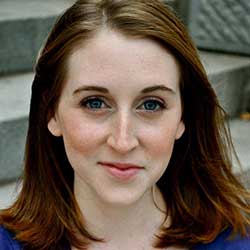 Martha Hearn returns to Trustus after becoming an award-winning teacher in NYC. She received her Masters of Education in Educational Theatre from the City College of New York in 2014. She began her Trustus career as a member of the Trustus Apprentice Company, and while in college she became a member of Armed Chair Productions. During her time as an Armed Chair member, Martha acted in various productions on the Main Stage, directed in the Side Door, and was the creator and principle writer for the highly popular Loaded Late Night Sketch Comedy Series. She went on to study with The Second City, The Upright Citizens Brigade, and various clowning workshops. Martha will be overseeing the sketch comedy and improv programming in Season 32. Welcome back Martha! 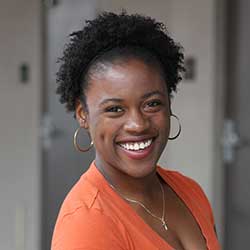 Devin Anderson recently played the fiery Whatsername in the hit Trustus production of Green Day’s American Idiot. She has been seen in other hit Trustus musicals including Dreamgirls, Godspell, and Avenue Q. You may have also seen her excellent portrayal of Celie in Workshop Theatre’s production of The Color Purple. Devin first graced our main stage in the 2011 production of Spring Awakening. Welcome Devin! 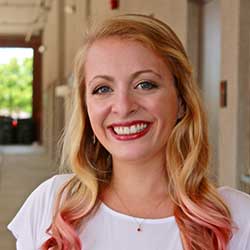 Katie Leitner first appeared at Trustus as Mimi in both of the hit productions of RENT in 2009 and 2010. Since then she has appeared in Avenue Q, the first two Henderson Bros. Burlesque shows, The Great American Trailer Park Christmas Musical, and Green Day’s American Idiot. Katie has also performed with the South Carolina Palmetto Opera and Opera at USC. Katie will be playing the role of Magenta in our upcoming production of The Rocky Horror Show. Welcome Katie! 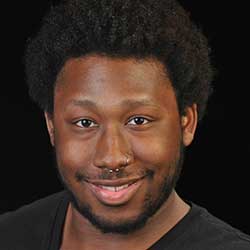 Bakari Lebby made his Trusus debut in In the Red and Brown Water. This past season Bakari returned to play the role of Elegba in The Brothers Size, which also traveled to the Piccolo Spoleto Festival in Charleston, SC this past Spring. Bakari was also a performer in our highly popular Loaded Late Night Sketch Comedy shows that came back in the Spring. He was a member of the Ensemble in this summer’s production of Green Day’s American Idiot. Bakari has been in the director’s chair for an independent production of God of Carnage and the Workshop production of Stick Fly. He also competed in the 2016 Vista Queen Pageant as Clarissa Dagger. Bakari was also one of the masterminds behind the highly successful Hoechella event that endeavored to “raise awareness and combat slut shaming, rape culture, and unjust legislation that affects people’s bodily autonomy.” Welcome Bakari! 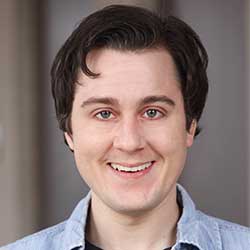 Jonathan Monk returned to Columbia after being a professional actor who appeared on various Off-Broadway, Off-Off Broadway, and regional stages. A member of Actors Equity Association, Jonathan was seen in the Trustus production of Bill W. and Dr. Bob and he played the role of Peter in Trustus’ production of Peter and the Starcatcher. Jonathan has performed various solo shows as his clown character Heathcliff. Jonathan studied theatre at Carnegie Mellon University and studied sketch comedy and improv with NYC’s Upright Citizens Brigade. He also appeared in both of our recent Loaded Late Night Sketch Comedy shows. Welcome Jonathan! 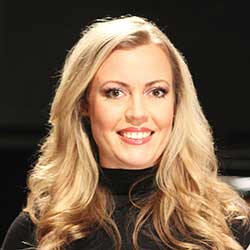 Abigail Smith Ludwig played Lin in the hit production of The Great American Trailer Park Christmas Musical – and she’ll be returning to reprise the role this season. She was a member of the Ensemble in Green Day’s American Idiot, The Restoration’s Constance, and Ragtime The Musical. She also appeared in Evil Dead the Musical in 2014. Abigail also co-styled wigs for Marie Antoinette amongst many other styling projects all over town. She has also been seen in many principle roles at Town Theatre including Sugar, West Side Story, and White Christmas. Welcome Abigail! 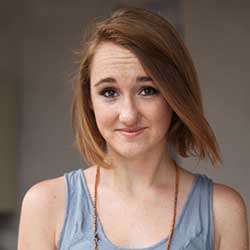 Haley Sprankle was a member of the Trustus Apprentice Company while she was in high school. Our youngest new member, Sprankle is currently a student at the University of South Carolina where she studies theatre. Haley was last seen at Trustus in the hit production of Dreamgirls in 2015. Last season Haley ran sound board for our productions of Marie Antionette and The Brothers Size (both productions). She has also choreographed numbers for our Apprentice Company Musical Theatre track. She is a member of USC’s premiere improve troupe TOAST. Welcome Haley!