As we close the doors on our 33rd Season here at Trustus Theatre and begin to prepare for our Season 34, we wanted to take a minute to say THANK YOU to everyone who has supported us over the last year! It was an incredible season in our Trustus history—a season full of plays, musicals, and productions that opened all of our eyes and encouraged us to stay vigilant in regards to social justice, cultural exploration, and examining what it is to be human in the 21st century.

Our talented cast, crew, and directors put together some truly outstanding performances from our season opener, Barbecue, all the way through to our final play, Boy About Ten. It was a journey that we all enjoyed and we hope that you did, too! This past season alone, we featured three brand new pieces of work and two Tony Award-winning musicals.

Do you remember all of the great moments of Season 33?

We opened up Season 33 with Robert O’Hara’s Barbecue on our Main Stage. 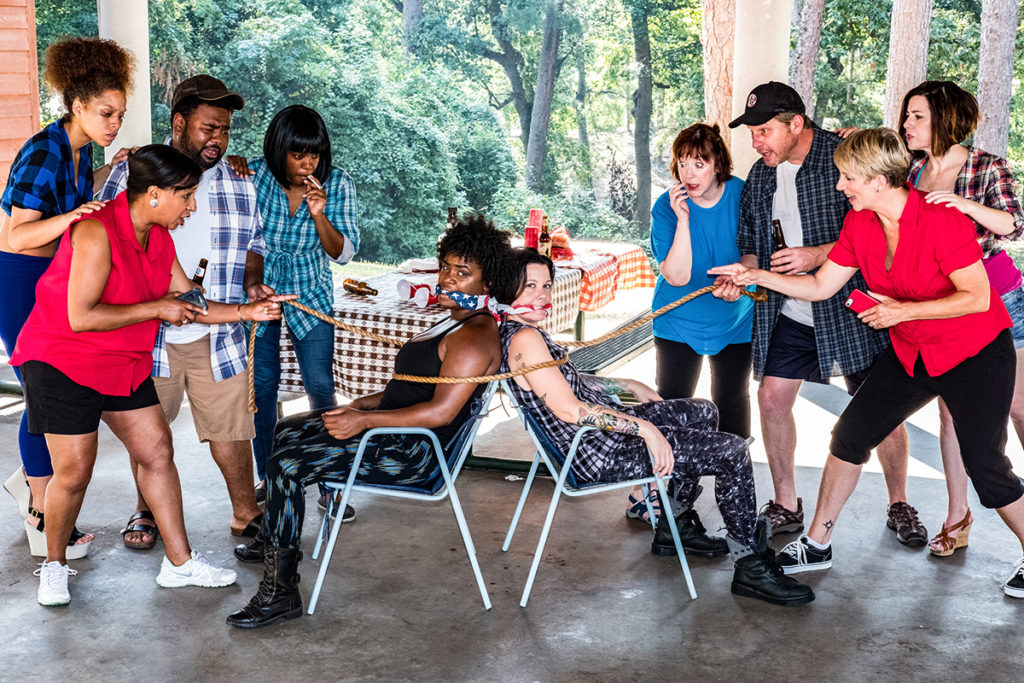 Our first Side Door Theatre production was Building the Wall, a political thriller. 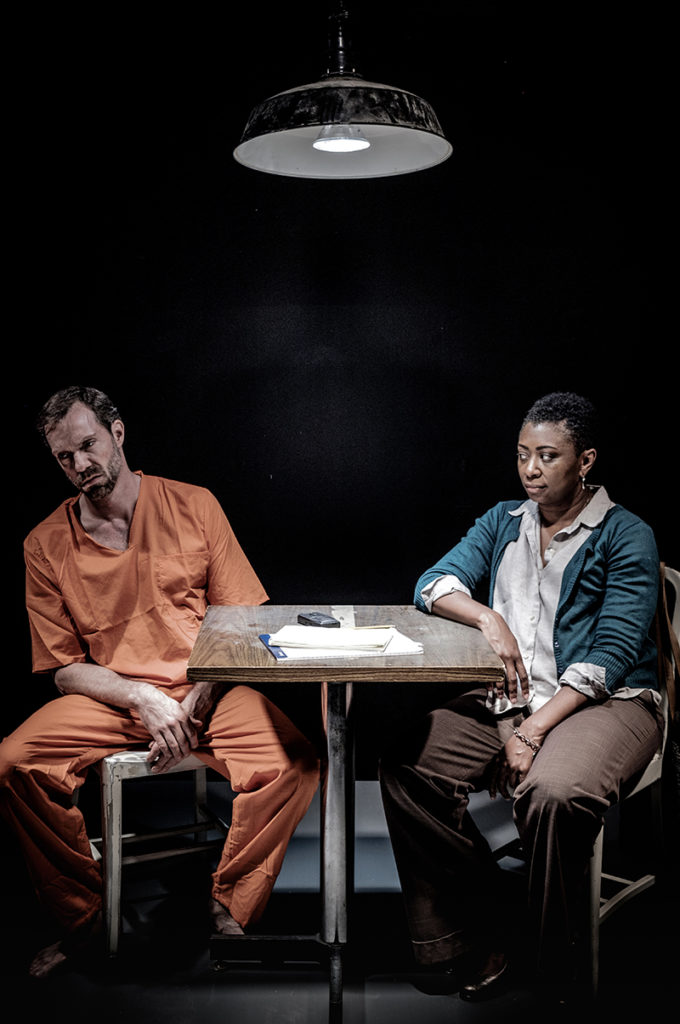 We brought back a fan-favorite, Evil Dead, The Musical just in time for Halloween with several of the original actors coming back and reprising their roles. There were even several encounters with Chainsaw Chad! 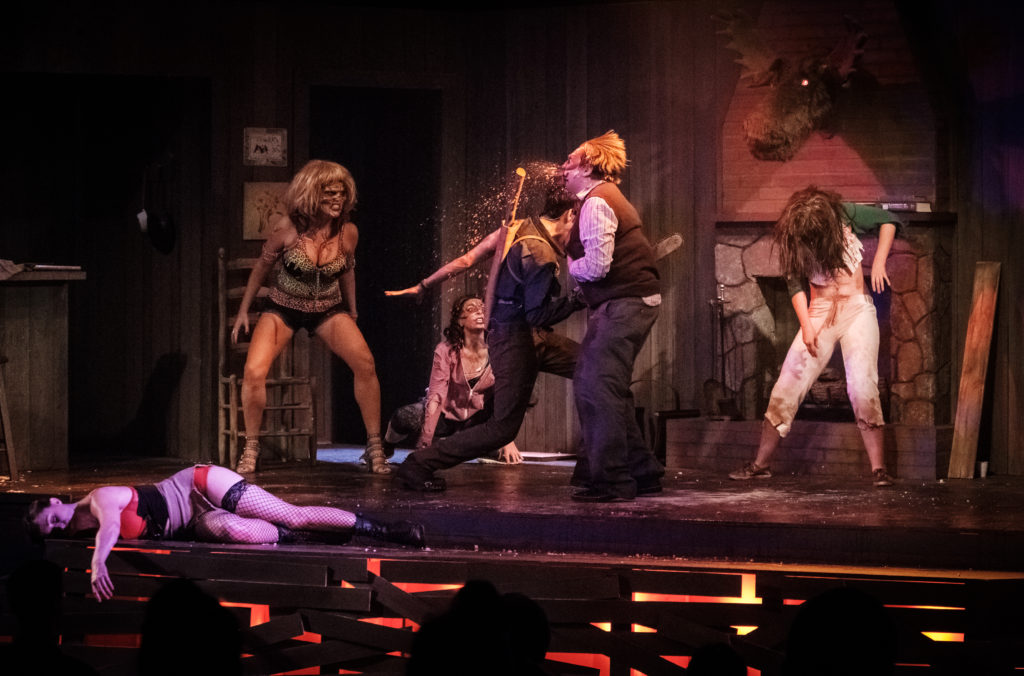 Our local comedy troupe, The Mothers, wrote their very own play to perform on our Main Stage. A Christmas Miracle at the Richland Fashion Mall was a heartwarming, hilarious tale perfect for the holiday season. 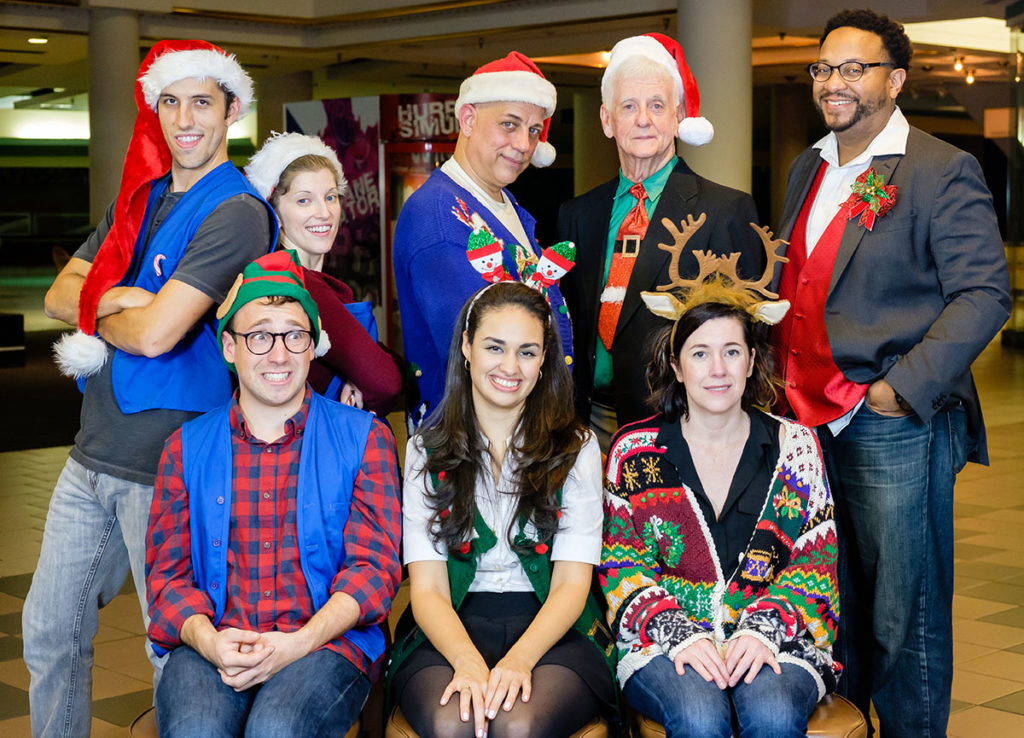 We kicked off the new year with a powerful play by Tony Kushner, A Bright Room Called Day. 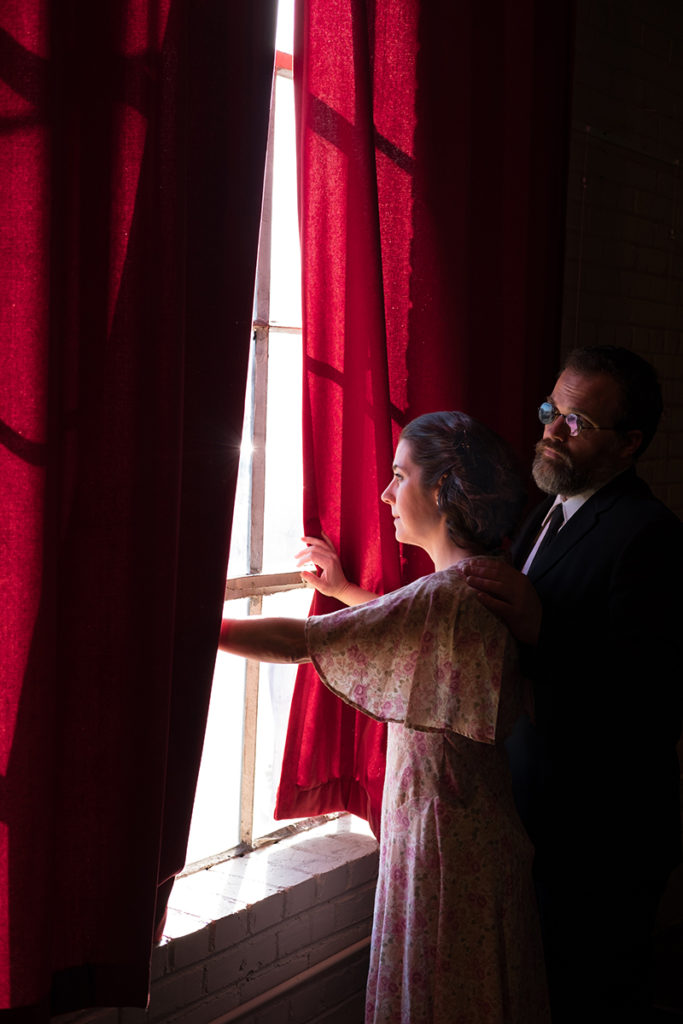 In his Trustus directing debut, Bakari Lebby brought Sunset Baby to our Side Door Theatre stage. The play was even nominated for Best Local Theatre Production in the Free Times Best of Columbia awards! 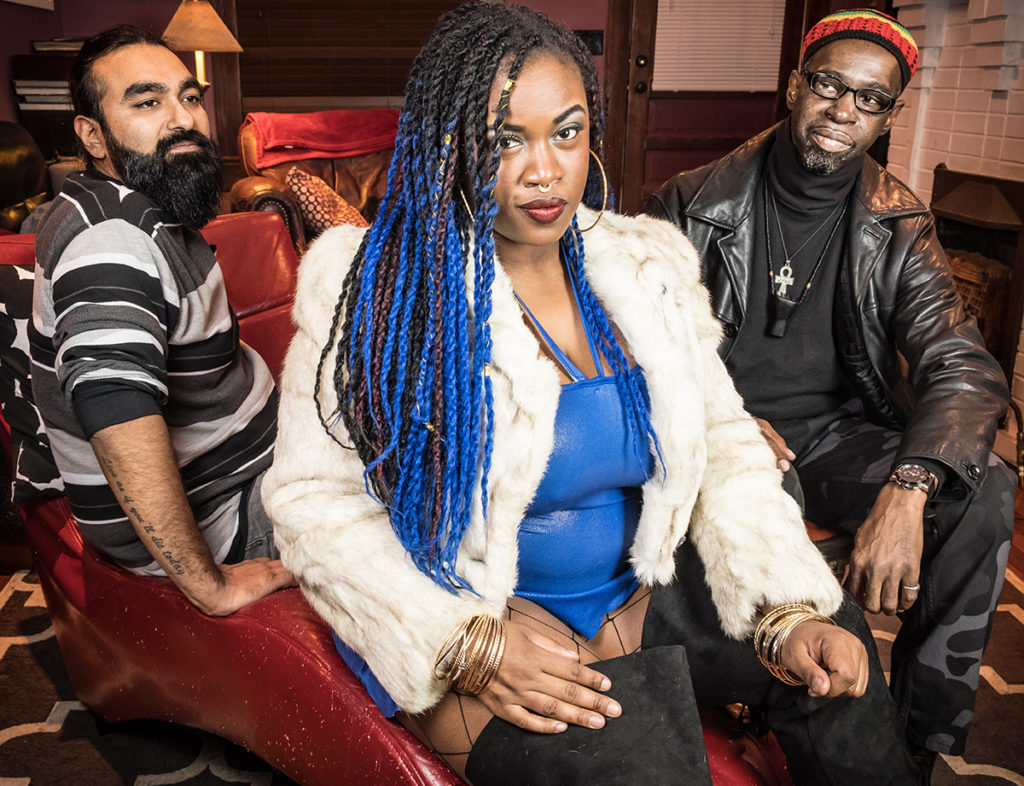 The cast of Fun Home, the Tony Award-winning musical, brought the house down each and every evening with their emotional performances. 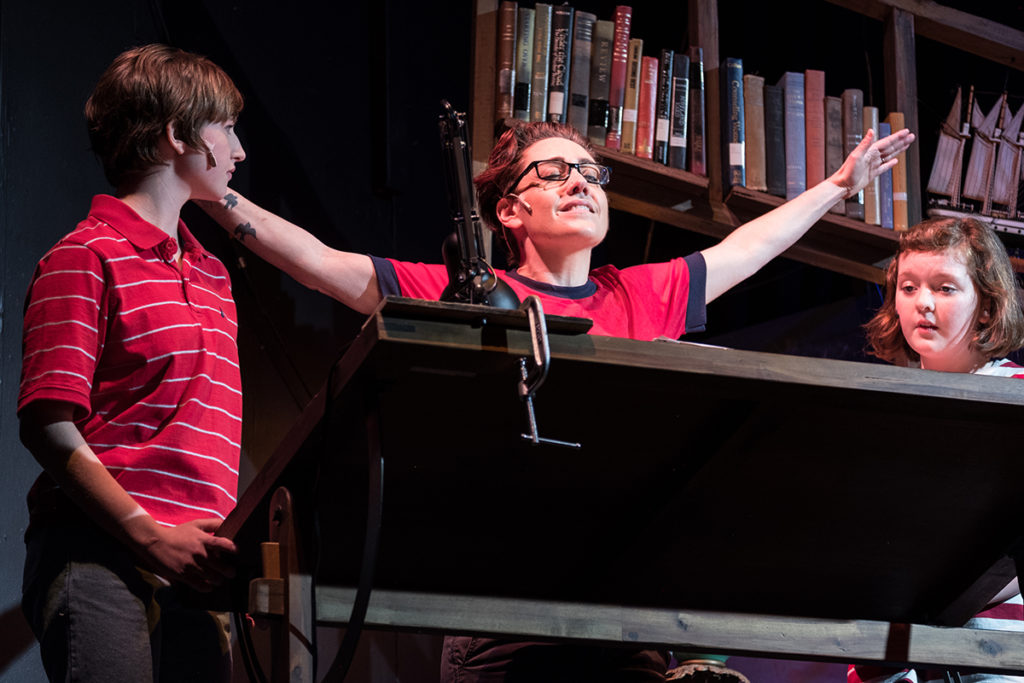 We brought a second piece of original work to our Main Stage with the production of The Restoration’s Constance—a play that featured a live band over two dozen actors. 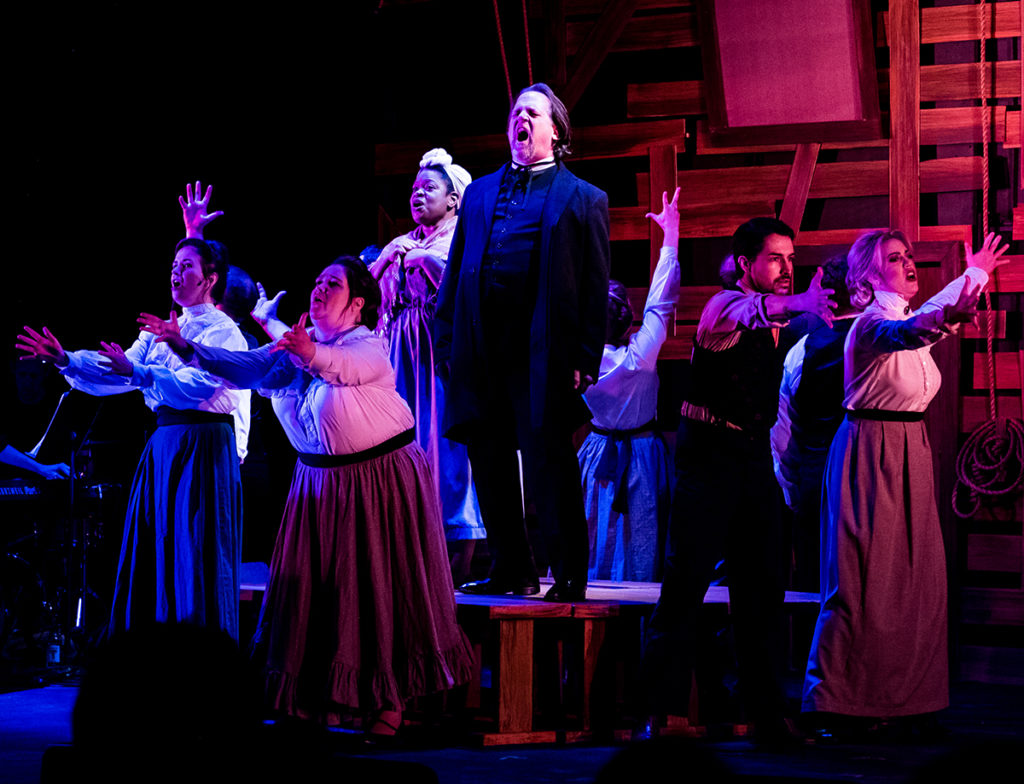 Hir, our final Side Door Theatre play of the year, was a truly memorable play about a dysfunctional family that was brought to life by four talented actors. 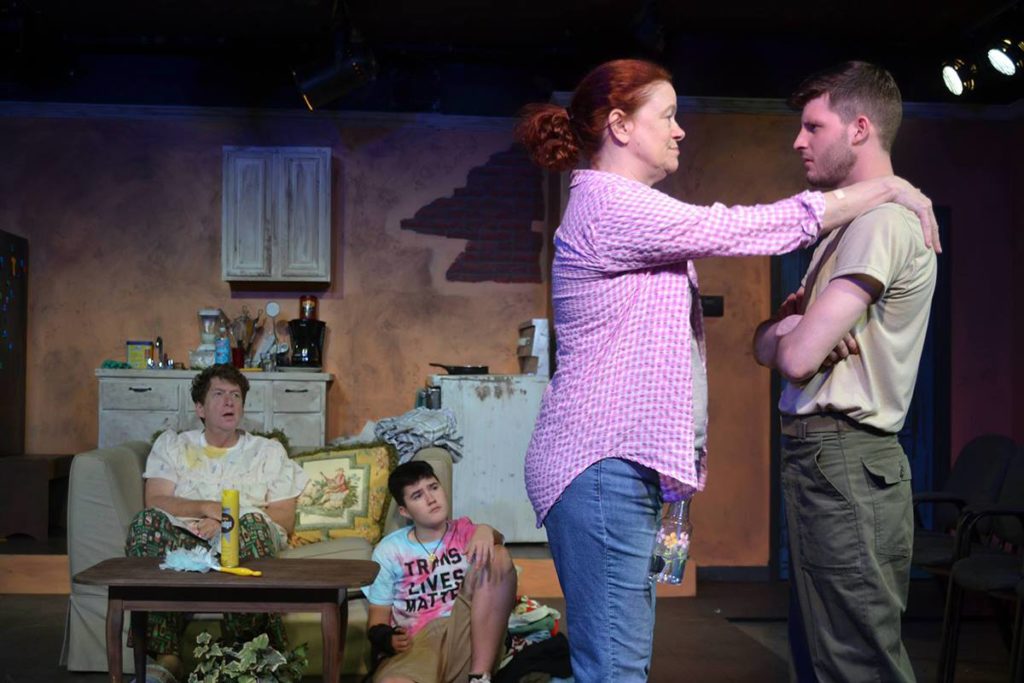 The Tony Award-winning Memphis had audiences dancing and singing along in their seats during each performance. 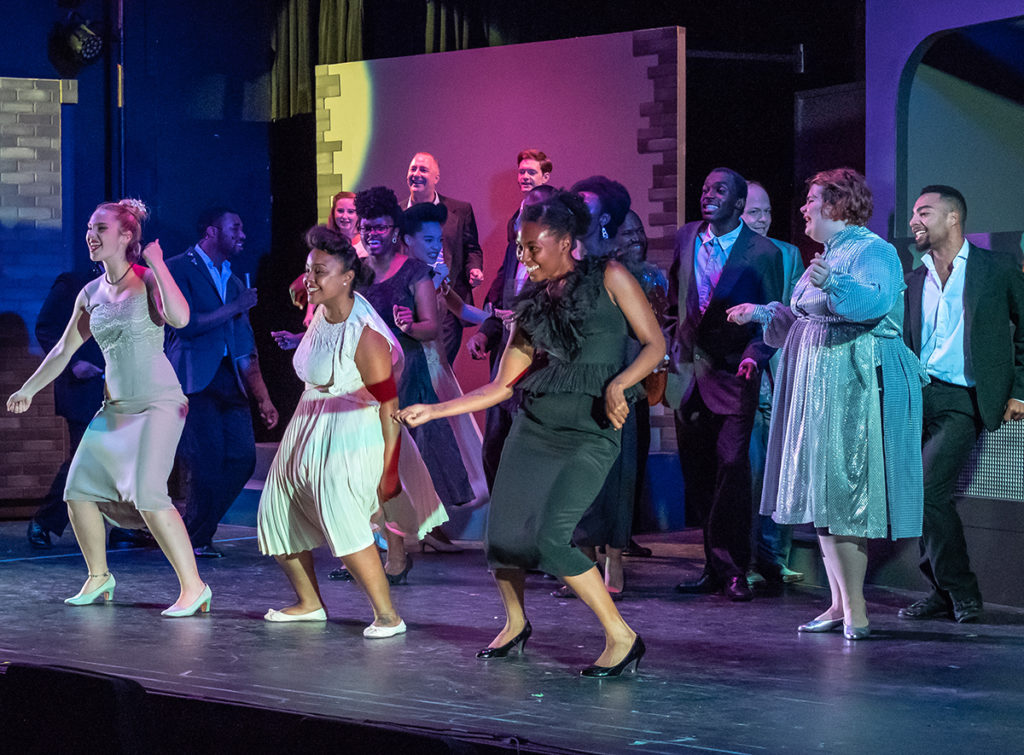 We closed out Season 33 with Boy About Ten, written by local playwright Jon Tuttle. This play was developed over the course of a year and made it’s world premiere on our stage. 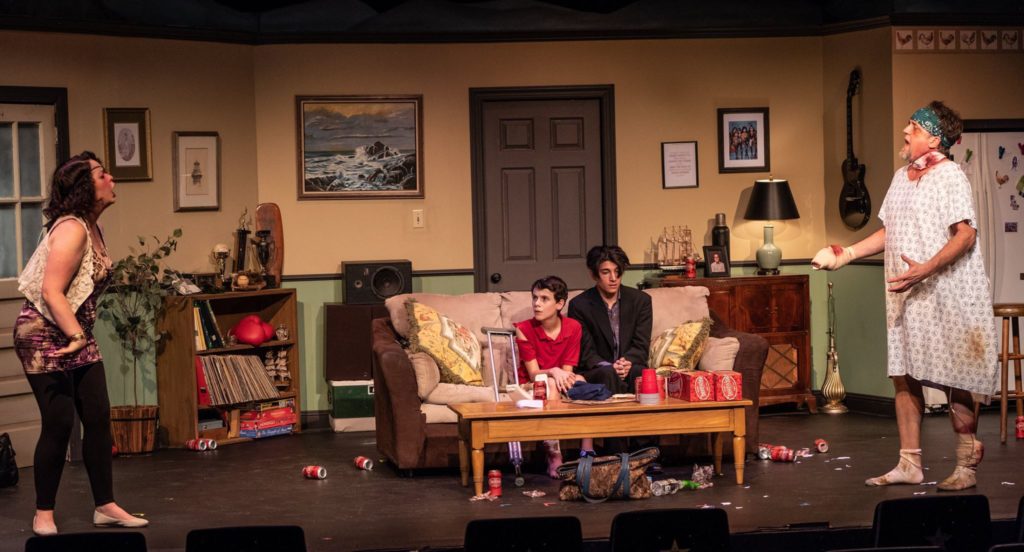 Are you ready for Season 34? We can’t wait to see you in our theatre again this fall! Tickets go on sale next week for our first production, Silence! The Musical.