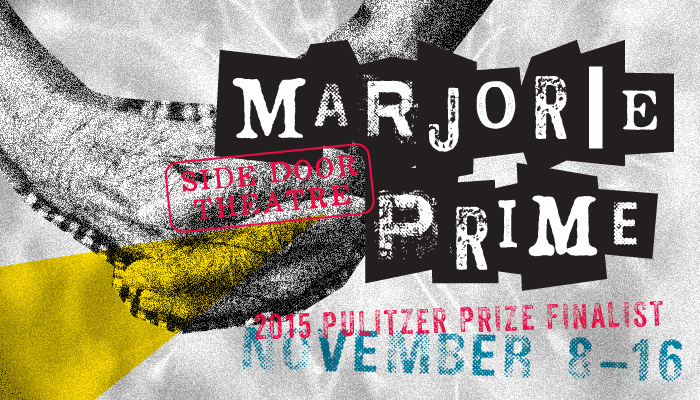 DOES MEMORY MAKE US HUMAN?

COLUMBIA, S.C. – In an age where everyday tasks are assisted or completed by technology, the 2015 Pulitzer Prize Finalist Marjorie Prime, makes us question what technology can—and what it cannot—replace in our lives. Marjorie Prime will open up in the Side Door Theatre on Friday, November 8, and will run through Saturday, November 16, 2019. This limited run will have 8 performances across 9 days including a matinee performance on Saturday, November 16. Tickets may be purchased at www.trustus.org, or by calling the Trustus Theatre Box Office at 803-254-9732. Marjorie Prime is sponsored by AARP.

It’s the age of artificial intelligence, and 85-year-old Marjorie—a jumble of disparate, fading memories—has a handsome new companion who’s programmed to feed the story of her life back to her. What would we remember, and what would we forget, if given the chance? Living with her daughter and her daughter’s husband, Marjorie navigates new terrain in this bold new world of technology—providing audiences a singular exploration of the mysteries of human identity and the limits—if any—of what technology can replace.

Marjorie Prime, the 2015 Pulitzer Prize Finalist, was written by playwright Jordan Harrison and will be directed by Trustus Company Emeritus member, Elena Martínez-Vidal.

“Memory fascinates me,” Martínez-Vidal said. “How memory works. How we remember. How can two people experience the same thing and yet both tell a different story later? And as we age, what happens to our memories? How we see ourselves depends on memories to construct the future. Marjorie Prime was just fascinating to me when I first read it, and it only gets more captivating as we rehearse. Older audience members may see reflections of what they have gone through with their parents or what they are going through now. For younger audience members, I hope they will reflect on the future: theirs and their parents or loved ones. I hope they will be entertained as well as stimulated to have conversations around quite a few topics.”

“As a director, all of these actors are new to me,” Martínez-Vidal said. “As an actor, I have worked with Becky Hunter quite a bit both at Trustus Theatre and at Workshop Theatre. I have also worked with Len Marini in the past at Workshop Theatre. In regards to Glenn Rawls or Clint Poston, but I have seen their work and I am very happy to be working with them. I am so impressed with all four. We have immersed ourselves in this script. We have been reading through it and asking questions, trying to find answers. The script is rich and mining it has been a joy! We’ve been digging into aging, memory, caretakers, depression, and in general asking questions about what it means to be human and researching information about artificial intelligence. I am very thrilled to bring this show to life and I hope people come to see it because it explores some powerful themes in an entertaining way.”

Trustus Company Member Clint Poston, most recently featured in The Curious Incident of the Dog in the Night-Time in Trustus Theatre’s Season 34, will be working with Martínez-Vidal for the first time as he brings the role of Walter to life.

“I always jump at the chance to participate in a Trustus play that is thought-provoking, challenging, topical, and fun,” Poston said. “This play is all of those things. And plus, I just really loved the script. My character is… different than the others. I suppose his biggest challenge is not having access to all the information that the others do, yet. This play is heartfelt, familial, and surprising, and I hope it teaches the timeless lesson of appreciating those in your life while they are with you. You never know when they will become a memory. And unfortunately, our memories can change, diminish, or become unreal altogether as time passes.”

This Side Door Theatre production is sponsored by AARP.