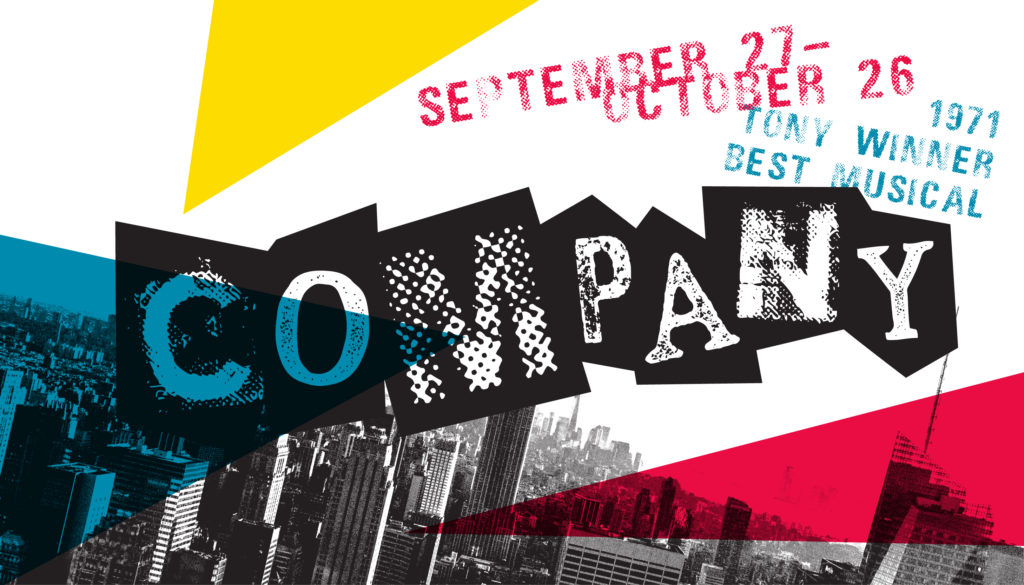 COLUMBIA, S.C. – Trustus Theatre opens their 35th Anniversary Season with the 1971 Tony Award-Winning musical, Company. Originally set in the ‘70s, this production has been reimagined to a modern landscape where swiping right, liking, and sharing are all part of starting a relationship and will leave us pondering how true human connections begin these days. Company will open up on The Thigpen Main Stage on Friday September 27, and will run through Saturday, October 26, 2019. Shows will run Thursday through Sunday for five packed weekends. Tickets may be purchased here or by calling the Trustus Theatre Box Office at 803-254-9732.

From musical theatre’s most renowned composer, Company is largely regarded as a trailblazer of the dark-comedy, modern-musical genre and the winner of seven Tony Awards, including Best Musical, Best Score, Best Lyrics, and Best Book. In celebration of Trustus Theatre’s 35th Anniversary, this classic musical returns to the Thigpen Main Stage following a lauded production in 1997 that was directed by Dewey Scott-Wiley. This story follows confirmed bachelor, Bobby, who contemplates his unmarried state on the night of his 35th birthday. Over the course of a series of dinners, drinks, and even a wedding, his friends— “those good and crazy people, [his] married friends”—explain the pros and cons of taking on a spouse. The habitually single Bobby is forced to question his adamant retention of bachelorhood during a hilarious array of interactions.

The book for Company was written by George Furth and the music and lyrics were written by Stephen Sondheim, who is considered one of the greatest American musical theatre writers of the 20th and 21st centuries. Returning to our stage to direct the 2019 production of Company will be Trustus Company Member Dewey Scott-Wiley who directed Trustus Theatre’s original production in 1997. The Music Director from the 1997 production, Tom Beard, will also be returning this season to provide musical direction. Choreography will be provided by Terrance Henderson, the 2016 winner of the Steve Morrison Visionary Award.

“It’s a lovely coincidence that Trustus is turning 35, and Bobby, the main character in Company, is celebrating his 35th birthday,” said Artistic Director Chad Henderson. “This show is almost 50 years old now, and it continues to resonate and remain relevant. We wanted to bring something from the classic canon to our main stage to open Season 35, and Company seemed like a great fit. This show exhibits powerful universality because it explores relationships, marriage, being single, and being self-aware when those around you are trying to steer your decisions.”

“The ensemble and production team that’s working on this production is truly exciting,” said Henderson. “Sondheim’s work is often considered some of the most difficult work in musical theatre, and this cast is stacked with well-known performers and musicians. Not to mention, the creative team of Dewey Scott-Wiley, Tom Beard, and Terrance Henderson will bring a modernity to this piece that will amplify its relevance for a 21st Century audience. This will be a special moment for Columbia theatre, and certainly for Trustus.”

Company is supported by our sponsor, W Realty.

The piano for the production has been provided by Rice Music House.