We kicked off our fall Annual Fund Renewal Campaign back in the beginning of September, and thanks to all the wonderful Trustus patrons and supporters, we are almost halfway to our goal of 200 donors and $50,000.

I’m excited! When I took over as Development Director here at Trustus I heard that the support for this theatre was incredible. Now I have seen it firsthand. And, I have found out quickly why people love this theatre. It’s because of the people. It’s because of the people like Artistic Director, Chad Henderson and Technical Director, Brandon McIver. It’s because of Production Manager, Patrick Kelly, and all the stage managers, designers and company members who work tirelessly every day to put on the best stage productions in all the Carolinas.

I’ve seen this commitment first hand. Just recently, I worked on a grant with our Education Coordinator, Martha Hearn-Kelly. Martha not only works with Trustus Theatre, she is a public school drama teacher in Columbia, and she leads the Trustus sketch comedy troupe, The Mothers. In addition to all the other work she does she spent hours on her own working to collaborate with me on this particular grant. And this isn’t the exception…this is what everyone here does.

You want to know where all this started and why folks pour their hearts into this theatre? It’s because of Jim and Kay Thigpen, who started Trustus Theatre back in 1985. When they bought a building in a rundown part of town called The Vista there was very little around. Without their vision and commitment, The Vista would not be what it is today. At the end of August when Jim Thigpen passed away the theatre overflowed with fans, friends, family members and patrons all here to honor the legacy and memory of Jim Thigpen. He and Kay have been loved and respected by the arts community in this area for decades, and the people that come to this theatre everyday work hard to honor their legacy.

Recently I spoke with Kay and she wanted to write a brief note. She asks for the help of patrons and donors again.

Trustus lives! Five years after Jim & I retired, Trustus thrives. There is no better legacy we could have possibly wished for. A lot of changes have been made as this fantastic group of young people found their way. None of this would have been possible, however, without you & your faith, your commitment & your donations. So yes, I’m asking once again. If you’re a past donor, please continue. If you’re new to Trustus, I promise you will not be disappointed. After all, not only is this professional theatre, but it’s the best theatre! Please be a part of it.

Thank you so much, 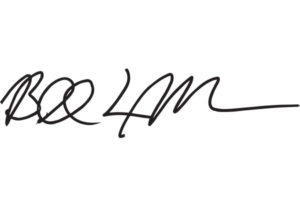